For a while now the the UK market has been asking for a combination padlock, that is weatherproof and comes in a closed shackle design. Add to that a hardened steel shackle and the same die cast metal zinc body used in the rest of the 158 series.

It's certainly feels very solid and weighty in your hand and you can see it is very well made. Given this you would expect them to be just as reliable as the rest of the 158 series.

It can be used in normal outdoor environments but if your padlocks will be exposed to sea water or similar conditions we would reccomend taking a look at our range of  weather proof padlocks to find a suitable fit for your conditions.

They come in two sizes a significant 50mm and an even larger padlock than before at 68mm.

This padlock can be used in companies and organisations where there are a large number of people requiring quick access. They are useful where you don't want to give out keys to large numbers of people and it is more secure than the open shackle version.

How to Change the Combination: 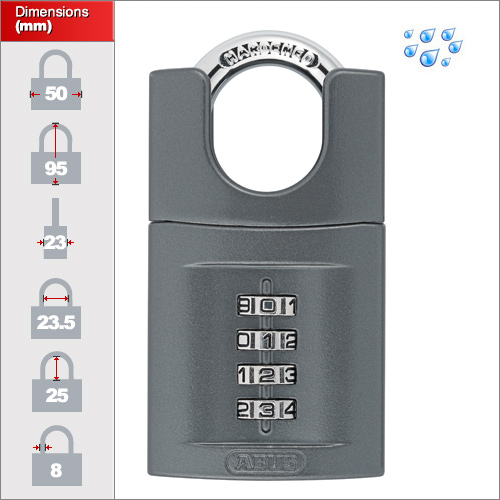 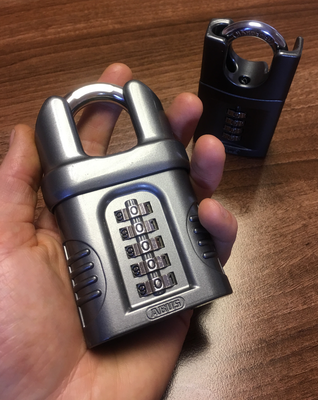 This closed shackle version of our Squire resettable combination padlock is great when you need a high security option but with the convenience of a c...

Squire's most high security combination lock, the closed shackle Stronghold with a hardened shackle and body. 5 dials give 100,000 different combinati...